Tracey believes that looking after people is a critical first step in making a positive contribution to society. Indeed, caring for people isn’t just a matter of social conscience, it also makes commercial sense.

Tracey is committed to having an inclusive workplace which gives all individuals the chance to shine and contribute in their own way, and to the value of having boardrooms, businesses and corporations that reflect modern Britain.

In 2018, Tracey was the key note speaker at the Royal London Group’s inaugural Woman’s Network events held in London and Bath, which are aimed at helping inspire woman to aim higher and achieve more. On an annual basis Tracey speaks at a Bird Executive Mentoring Glass Ladder pod, sharing her own experience on the boardroom as a female Non-Executive Director.

Tracey also acts as a mentor sharing her own professional and life experience. 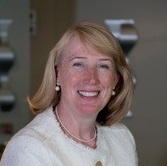 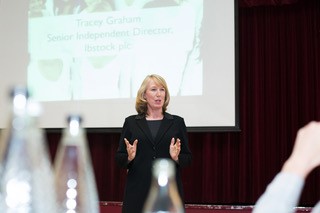